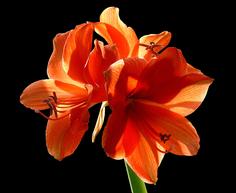 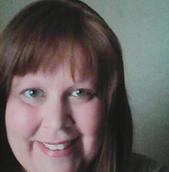 Obituary: John David Cruzan, age 54 of Joplin, Mo. passed away early Tuesday, May 15, 2018 at his parent’s home from a motorcycle accident. John was born on April 9, 1964, in Joplin, the son of David and Carol (Pfifer) Cruzan. He has been a lifetime area resident. John graduated from Parkwood High School in Joplin. John was a Paramedic Supervisor for Newton County Ambulance, a police officer and pilot,  and later he went on to work for the Joplin Globe for many years before illness forced him to retire. He enjoyed playing guitar and riding motorcycles. 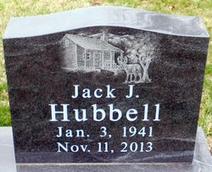 I first met John when I investigated his remarkable sighting case in Joplin, which was later featured in the MUFON Journal in an article I wrote, and was the number one case for MUFON in July of 2014. I could tell immediately that John was very sincere, and that he had just had a real and harrowing experience. With his background in law enforcement and as a pilot, he had unique observation skills that most witnesses do not possess. This, combined with his interest in getting answers regarding what happened to him and to many others in the Joplin area, made him especially suited to become a member of MUFON, become a MUFON Field Investigator, and a section director for Joplin. I asked John if he would be willing to take on the task, and he was eager to do so.

John contacted a few people in the Joplin area and started meetings in Joplin, where more people came forward to discuss their own UFO experiences. He did many UFO investigations in the area, and as he did so, became more and more interested in solving the mystery. We often talked about these cases, and John even traveled to Kansas City to speak at our MUFON meeting in July of 2015, exactly one year after his encounter. Everyone in attendance was impressed by his presentation.

I traveled to Joplin to speak at one of the meetings last fall and was impressed by the experiences people were having. John was right, there is a lot of UFO activity going on in the Joplin area. He took me and KC Section Director Jean Walker to see the Joplin Spook Light - and we were not disappointed - we not only saw the Spook Light, but a UFO as well. John knew a lot about this strange, eerie phenomena, and told us he had been to the site over 200 times trying to get answers. During most of his visits the light would appear, and often UFOs would also become visible. The object we saw had three lights that were stationary, and came on one by one- apparently the UFO had been in that location prior to the lights becoming visible. It was an amazing experience, and one that Jean and I will never forget.

I am deeply saddened by his loss. John was a pleasure to work with and he will be greatly missed by me and all of Missouri MUFON. He was a valuable asset to the organization.  Margie Kay, ASD Missouri MUFON.

From Janet Cruzan: Thank you so very much for your prompt response to my letter regarding my brother, John Cruzan.  He liked nothing more than investigating the reports he received of unnatural events surrounding the Joplin area.  He was an attentive listener, a thorough investigator, and a near fanatical promotor for MUFON.  He, alone, was responsible for the Joplin MUFON meetings, hosting interesting case studies with interactive audience participation.  I am not alone to see the meetings come to such a sudden end.

It is with great sadness I relate to you his loss.  My brother died at the home of our parents, David and Carole Cruzan on Tuesday, May 15th and was laid to rest in our family plot on the following Friday, May 18th, 2018.  I'd like to think he has found the perfect planet with the perfect species in which to call home.
​
John died as a result of doing what he loved...riding motorcycles.  His headstone reflects a motorcycle and the planet Saturn, both things (riding and studying the unknown) of which he spent all of his spare time doing.  He was an accomplished guitar player, having performed with many well-known entertainers and local bands and was buried with his 1966 Gibson Les Paul Custom guitar.

John was obviously multi-faceted.  I miss him dearly and grieve continuously.  Again, your kind e-mail meant so much and I thank you again for your thoughtfulness.
Janet Cruzan Showers 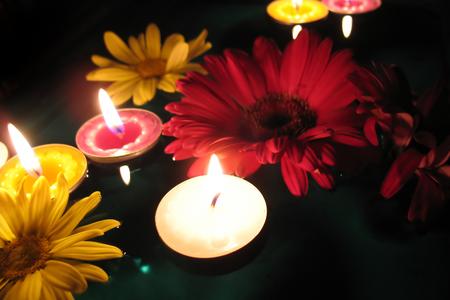 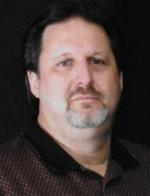 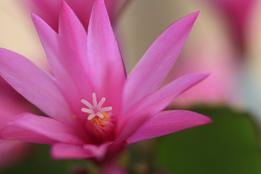 Michelle Hickmon was a scientist working with Missouri and Kansas MUFON on animal mutilations,  and was training us to do examinations and autopsies. She taught us how to properly collect samples of tissue. Michelle passed away on December 9, 2014. She had a number of UFO sightings and close encounters herself, and wanted answers. Michelle held a BA in Liberal Arts from UMKC, an MA in Secondary Education and Teaching, and an Associates Degree in Mortuary Science. She worked as a teacher, counselor, and as a pathologist assistant at Truman Medical Center. She taught us a lot and she was very interested in the UFO and animal mutilation mysteries. Michelle will be greatly missed.

​Jack J. Hubbell was born January 3,1941 in Flint Hollar, Missouri to Guy and Elva Hubbell. Jack was proud of his service in the United States Army Reserves. Jack's legacy lives on at Hubbell Mechanical Supply, the business he founded in 1970. An avid outdoorsman and skilled hunter, Jack departed this earth November 11, 2013 on the land that he loved. Jack is survived by daughters Sharla Hubbell and Shana Hubbell, son Declan Hubbell,wife Trish, a grandson Preston and his soul mate Shirley Hubbell.  You always knew where you stood with Jack Hubbell. His forthrightness will be missed.  Missouri MUFON will greatly miss Jack, who was a field investigator for the organization for many years.