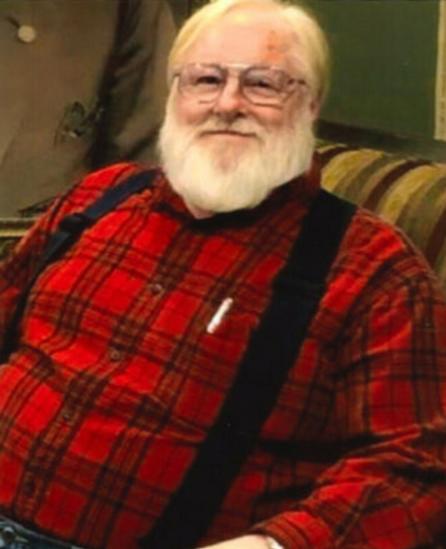 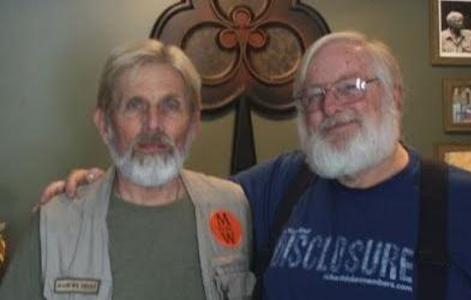 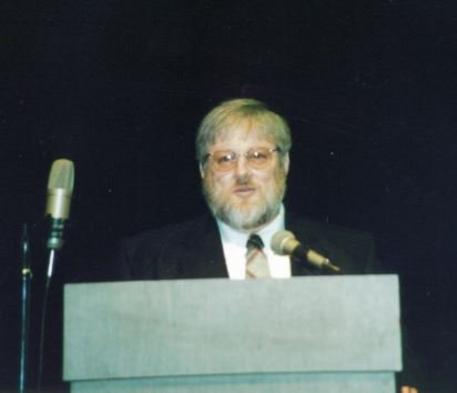 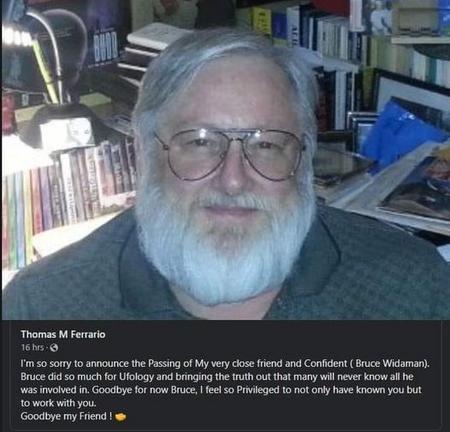 Bruce loved life and loved to laugh. He was interested in science and UFO’s and learning about the mysteries of the world. Bruce also enjoyed a good road trip, concerts, and loved to barbecue and spend time with his family. Bruce was dearly loved and will be greatly missed by all who knew him.

Memorials may be made in Bruce's name to Shriners Hospital for Children-St. Louis and People Helper Project.

LINK to video Bruce made before his passing

Bruce ‘B-Man’ Widaman, MUFON Man (1952 - 2022)
Bruce was inspired to record this farewell message to his friends and family December 1, 2021 while visiting the very plot of land that would become his final resting place. I promised Bruce earlier this year to share this video at the time of his passing.
Bruce and I began a documentary project in early 2020 and travelled across the country interviewing over 20 ufologists covering a wide range of subjects ranging from UFO’s, abductions, Marley Woods, alien encounters, physics and space, the history of MUFON, ancient aliens, Hopi prophecies, pictographs / petroglyphs, artifacts, underwater USO’s, etc.
Bruce was a former Missouri state director of the Mutual UFO Network (MUFON), the world's largest UFO nongovernmental research organization and became established as a trusted resource in the ufological community among its worldwide network of researchers.
As a teenager, Bruce was a founding member of the UFO Study Group of Greater St. Louis in 1968 which brought together many of the same individuals who would later form MUFON just one year later.
As a further catalyst to Bruce’s intense lifelong interest, in the early 70’s, after graduating from high-school, Bruce had been advised to seek hypnosis therapy to unlock memories of a childhood experience which he came to understand was an alien encounter in his own hometown of St. Charles, MO. While much of Bruce’s life parallels the popular TV series, the X-Files, Bruce incidentally introduced Chris Carter, the creator of the series, to his guest speakers at a 1989 MUFON Symposium in St. Louis, MO greatly shaping his research for the show.
Bruce was a hub for connecting a wide range of researchers and was himself a fearless researcher. He played a large role in introducing the world to many leading ufologists who may have otherwise never have entered the field or have gone unnoticed. Bruce hosted the very meeting where SOM-101 was first introduced and declassified, was the first ufologist to visit Marley Woods, and met with countless individuals who entrusted their stories with him.
Our loss is impossible to quantify and he will forever be missed.

“MUFON has lost a wonderful friend and a dedicated member.
Bruce has been with MUFON for as long as I can remember.
God speed Bruce Widaman, God speed.”