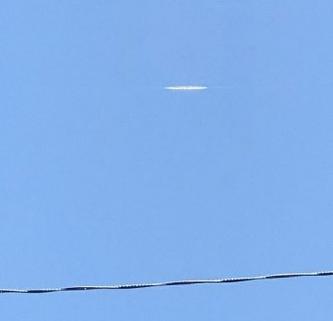 Disc in the Kansas City Sky


On Tuesday April 12, 2020 at 12:45 pm in Kansas City, MO, a witness and 5 other people saw a silver disc flying through the sky. The witness first saw the disc after a couple who were seated in their yard were seen craning their necks to observe the disc. He stated that the disc performed some strange movements. According to the witness…“If one took a car antenna, and pulled it back then released it…that approximates the speed by which the disc would move left to right, and then up and back down.” It did this several times but always came back to its central location.


After the first photo A, two other images were taken but by that point, the disc was further away and nearly hidden by trees. Below are two circled images of the craft.


When comparing disc sizes in Image A with disc sizes of the other two images, it is clear that the disc in Image A was closer to the witness.  Image B was 77% the size of A, and Image C was 38% the size of A.  The disc in Image A appears to have been about 1 mile away from the witness in direct line-of-sight. Careful analysis of the images using interpolation has allowed size ratios to be established, and the calculation of the height of the disc in Image A to be about 471 ft in the air at an angle of 17 degrees. With this information therefore the size of the disc was calculated to be 15 ft in diameter, with a surface area of 47 square feet. Below is a depiction of the flight path:

The assumption is that the disc in Image A was about 1 mile distant. This places the disc in image B to be 1.3 miles away, and the disc in image C to be 2.6 miles. The disc was travelling in a southwesterly direction, apparently toward the Wheeler Downtown Airport which was 2.8 miles away from the witness.

Moments after the witness took photo C, and as the disc approached the vicinity of the airport, a Chinook helicopter was seen traveling from East to West toward the airport, according to the witness. 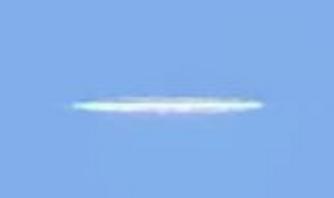 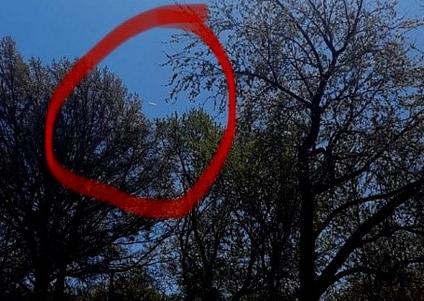 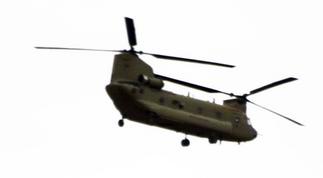 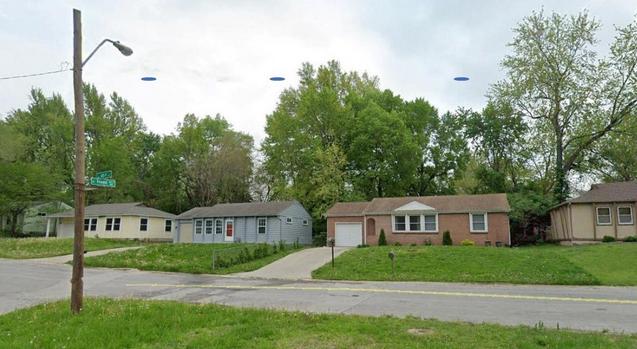 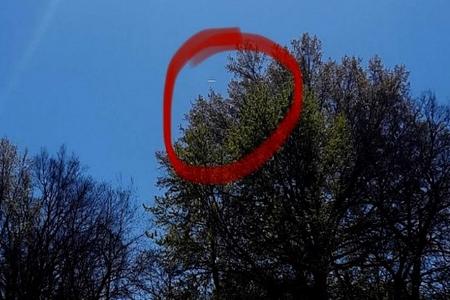