HOW DOES A UFO SURVIVE ITS OWN VIOLENT MOVEMENTS?

There is a simple answer after a change of assumption. That is, many (emphasis!!!!  NOT ALL) UFOs are not solid objects.  Some UFOs have ZERO MASS.

Isaac Newton solved the UFO violent movements survival problem in the year 1687 with his 2nd Law of Motion: FORCE = MASS x ACCELERATION.  Let MASS = ZERO and it all makes sense.

Repeating for emphasis:  Some, not all, UFOs appear to be ENERGY PROJECTIONS, not SOLID PHYSICAL OBJECTS.

Energy Projections allow the MASS term in Newton's 2nd Law to be ZERO because ENERGY has no MASS.

If Mass = Zero, then Force = Zero, and Acceleration can have any value WHATEVER without creating the INERTIAL FORCE that would tear apart a solid UFO.

Newton's 2nd Law of Motion also implies that some, not all, UFOs do not contain solid matter internally.  An airplane could fly through a UFO and not collide with anything solid.

But beware!  Energy density could be, and probably is, INTENSE inside an ENERGY PROJECTION UFO.  The airplane might not crash into anything solid during UFO transit but may exit the UFO in a MOLTEN state or even as PLASMA.  I'll let someone else be the hero who tries this experiment.

The invading human aircraft very likely will blow a fuse in the MOTHERSHIP UFO (or another source) projecting the Energy Beam, and who knows what that might cause?  At least the short circuit will alert the Mothership crew (whatever that may be) of an unusual event that requires attention.  Could be a really bad outcome for humans, or maybe the operator (living or AI) will just put a new fuse in the control panel and continue operating as usual.

UFOs have been around on Earth for at least tens of thousands of years.  UFO images appear in ancient Petroglyphs in our southwestern States.  UFOs are mentioned abundantly in the Bible, in the Quran, and in early writing from the age of Egyptian Pharaohs.  Humans are hardwired to worship phenomena they do not understand.

Here is a very short list of common UFO-related observations that argue for some, not all, UFOs to be Zero Mass Energy Projections.  ENERGY PROJECTION UFOs would display these qualities during normal operations.  SOLID UFOs would not.

⦁ The signature movement of many UFOs is EXTREMELY RAPID stop-move-stop linear acceleration that can instantly change from parked to movement at hundreds to thousands of miles per hour and then instantly back to a full stop.  UFOs are often seen doing a zero-radius turn at high speed.  These movements would generate a HUGE INERTIAL FORCE in a solid object that would tear the object apart and make living creatures onboard go SPLAT against a solid surface.  An ENERGY PROJECTION UFO with ZERO MASS would not be thus affected.

⦁ UFOs do not exhibit aerodynamic control surfaces.  An Energy Projection UFO would not need them.  No wings.  No evidence of an engine or other energy source for powered flight.  No hot exhaust trail.  No engine sounds.  No SONIC BOOM even when moving at hundreds to thousands of miles per hour.  UFOs can move against the wind, even at high altitudes where wind speeds commonly exceed a hundred miles per hour. A zero mass ENERGY PROJECTION UFO would not be influenced by wind any more than a Photon Energy Light Beam from a flashlight is blown around on a windy night.

⦁ UFOs that drop out of the sky and enter the water do not SPLASH going in or going out and may cruise around at shallow depth underwater without disturbing the surface.  A SOLID UFO that moved that way would make a HUGE SPLASH and stir up BIG WAVES.

⦁ UFOs can suddenly appear in an empty sky and then suddenly disappear, as though a controlling entity turned a switch ON and then OFF.  It also is possible that an Energy Projection UFO could shift to an electromagnetic frequency outside the range of visible light.  The UFO would still be there.  You just could not see it.  The UFO may still register on RADAR and other instruments.

⦁ An ENERGY PROJECTION UFO with ZERO MASS would not be affected by GRAVITY and could hover in place without needing energy input to maintain position.  This is different from FLOATING as done by lighter-than-air craft which depends on differences in density with the surrounding air.

There's a lot more, but you get the idea.  Some, but not all, UFOs act like ENERGY PROJECTIONS, not SOLID OBJECTS. They resemble holograms, and they are certainly much more advanced, but are functionally and conceptually similar, to Drone Aircraft now in common use.  Energy Projection UFOs probably are scouts, sample collectors, cowboys, veterinarians, or data gatherers, sent by a Mothership or equivalent.

A document reviewer asked a very important question:  "How does an ENERGY PROJECTION UFO work?"

Answer:  I don't know how remote-control UFO manifestation works, but UFO behavior shows that it does work.

Striking a match is similar.  You begin with a cold match, strike the match, and make fire.  No need to know any of the physics, chemistry, or even Quantum Mechanics involved.  You just do it and you see the result.  You made fire.

As noted, UFO behavior in many instances requires non-solid, zero mass, to do what is observed.  It happed, so there was a way for the event to happen, and that does not depend on our understanding of the mechanism.

Additionally, pilots and other people who have close contact with a UFO for several minutes often report radiation burns and other injuries, probably from exposure to strong microwaves.  Is primary radiation emitted by the UFO, or is the radiation surrounding a UFO a spillover from the energy transmission beam that powered the UFO and is wider than the part of the beam that the UFO absorbed?  Either way, you could be burned or otherwise injured.  Unexplained pregnancy is also reported after close contact with a UFO.

How to test the ENERGY PROJECTION UFOs idea (in the rather unlikely event that the UFO cooperates)?

UFOs seem able to outrun all conventional aircraft and may be able to lock onto and maintain constant separation and position from aircraft.  That would make testing a wild UFO very difficult.  UFOs ARE US doesn't do rentals.

Well, a first step might be to consider an airborne UFO as occupying the center of a sphere a thousand feet or so in radius.  Load a jet fighter aircraft with an assemblage of instruments that measure and record gravity, magnetism, full-spectrum electromagnetic radiation, full-spectrum infrared to gamma ray photon radiation, temperature, and other sensors.  For a UFO hovering almost at ground level use the same testing equipment transported by helicopter or truck.  In all cases, this is a risky operation because UFOs are known to shut down engines in nearby vehicles and could cause the aircraft to crash.

Fly the airplane in a spherical or cylindrical path around the UFO and see if anything is detected.  An abrupt increase in energy in one area could mean you found the Energy Projection beam linking the UFO and Mothership.

Similarly equipped mobile laboratories that can be quickly sent, preferably by pickup truck or helicopter, to a ground location experiencing ongoing UFO activity (such as Piedmont, Missouri) could record even more data.

A network of very low-tech backyard UFO Detectors, cheap and easy to build but limited in sensitivity, could track the arrival and disappearance of UFOs and their flight paths.  If a backyard UFO detector cost $500 to build and install, 2,000 of them could be put in place for $1,000,000.

Data acquisition provides the pieces of the jigsaw puzzle.  The fun part is data interpretation.

What does this all mean?  Are alien living beings involved?  Artificial Intelligence beings? Are UFOs Galactic Tourist Cruise Ships?  Did an ancient alien race set this up, move on, and forget to switch off the power before leaving?  Is there a Geological connection (probably YES)?

Are we livestock?  We do seem to be a biological experiment similar to improving cattle breeds.  Are UFOs Cowboys "Riding the Range" and looking after the herd?  When is the Roundup and drive to market going to happen?

What have UFOs been doing here for the past 25,000 years and what is their End Game?

Is this all a Computer Game Tournament and the players will turn off the simulation program when the Winner finds out we know what they are doing?  Possibilities abound!

Many permutations to consider.  Will individual observations ever coalesce into a Big Picture?  Shift your imagination into high gear and turn it loose.  Occam's Razor probably holds the answer.  Follow The Money should be a fruitful method of research once the currency is defined.

Look at the sky next time you go outside on a clear, very dark, Moonless night.

Some of the lights in the sky may not be stars.


Copyright 2023.  All rights reserved by author.

William Jud is a Grandfatherly-type GEOLOGIST, age 83, and native Missourian. He is a member of MENSA. He is the  Exploration Manager for Legend Minerals LLC.  He hold a BS in Geology 1960 from the Missouri School of Mines and Metallurgy (name now Missouri Science and Technology University), Rolla an dan MS in Geology 1968 from Washington University St. Louis.  Exploration experience includes petroleum, base metals, and nuclear fuels.  Currently working with "Battery Metals" Cobalt, Nickel, Copper, and Gold. 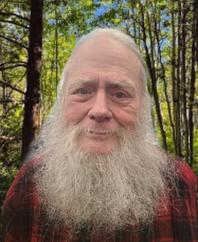