By Margie Kay
Printed in the MUFON Journal, April, 2022


Missouri is consistently in the top ten states when it comes to UFO sighting reports to MUFON. Fortunately, they have an experienced and qualified team to handle the myriad of craft, unexplained lights, and extraterrestrial reports.

Debbie Ziegelmeyer is the State Director for Missouri MUFON. She is the co-founder of the MUFON Underwater Research and Recovery Team and is a PADI dive instructor and Star Team member. She teaches a MUFON Field Investigator Dive Team course. Debbie serves on the MUFON Business Board of Directors. Debbie has been a 1947 Roswell crash investigator for over 25 years. She has spoken at numerous conferences including the Roswell, NM Festival, the UFO Watch Tower, the MUFON Symposium, and the virtual X-Con. Debbie has appeared on several radio, podcast, and TV shows, most recently on the 2021 Discovery+ series “Roswell the Final Verdict,” and several episodes of the Travel Channel’s “Alaska Triangle.” An interview she completed with Cheryll Jones on Coast-to-Coast AM will air shortly. Debbie is the author of “The Alien Colonization of Earth’s Waterways: A Reference Guide to UFO/USO Water-related Activity,” which is available at Amazon.com. Debbie serves as the fearless leader for Missouri MUFON


Margie Kay is the Assistant State Director for Missouri. She is a Licensed Private Investigator and has been working in that field since 1982. She serves as the education coordinator and newsletter editor for Missouri MUFON. Margie owns UnX Media publishing, a fire investigation business, and the KUNX Digital Broadcasting Network. Margie is also a Star Team member. She joined Kansas City MUFON in 1996 and became a Field Investigator in 2008. She has investigated over five hundred cases for MUFON and over 1,200 cases on her own. Margie investigates Sasquatch, animal mutilations, and paranormal activity in addition to UFO events, which often have related factors. She has appeared on multiple radio shows and several TV shows, most recently on Coast-to-Coast AM with Cheryll Jones and George Noory to discuss the Mothman and UFO sightings, and a new episode on UFO Witness about UFOs in Missouri. She has spoken at multiple conferences, and she hosts the annual Virtual X -Con. Margie is an accomplished Remote Viewer and teaches courses on the subject. She is the author of 14 books on various subjects.

Mel Van Vickle is the Chief Investigator for Missouri MUFON. Mel holds a Bachelor of Science degree in Geology from UMKC. He began his career with the Defense Mapping Agency Aerospace Center (DMAAC) in Saint Louis Missouri as a DoD Civilian Cartographer. With the advent of digital imaging satellites, DMAAC saw a series of changes to become the National Geospatial-Intelligence Agency (NGA). He received post-graduate training in Photogrammetry and Remote Sensing from the University of Ohio. His career shifted to geospatial technologies, where he was a computer programmer, a systems administrator, a telecommunications engineer, finally a computer systems and software engineer. He retired from NGA as a Senior Systems Engineer in 2012 after 33 years with DoD and now keeps busy with Missouri MUFON.

Lynne Mann is the Chief Laboratory Analyst for Missouri MUFON and for the Mutual UFO Network. Lynne holds two degrees an Associate in Science and Certificate in Electron Microscopy (Biological) from San Joaquin Delta College, CA, and a Bachelor of Science in Digital Animation from Missouri College, St. Louis. She served as a Senior Lab Technician at Bethesda Eye Institute in St. Louis MO, Senior Research Technician II at St Louis Health Sciences Center, Physical Materials Analyst in charge of the Electron Microscopy Department at Industrial Testing Labs, St Louis Missouri. She has a Certification on the JOEL 1200 EX Electron Microscope from Joel Main Office, Boston MA, a Certificate in Autoradiography for EM from Woods Hole Research Center, Woods Hole MA, a Certificate in Cryo-Scanning in an Electron Microscope from SEEMS Charleston, SC. This training has made her proficient in a vast number of laboratory techniques and on numerous types of equipment. Lynne is a MUFON Field Investigator, Star Team Member, SAT member, State Section Director and Chief Analyst at the MUFON of Missouri Laboratory.

James P. Bair is the Chief MADAR Analyst for Missouri MUFON and the State Section Director for SE Missouri. James is a MUFON Certified State Section Director and Field Investigator for the State of Missouri with certifications in Astronomy 1 and 2; Onboarding Plans; Space Exploration; Case Dispositions; and Conference Planning. James has been a Licensed “EXTRA Class” Ham Radio Operator for 52 years. He is a retired Special Needs Teacher for the Kansas City Missouri School District where he worked for 41 years. James has a BS degree in elementary education, an MS degree in mentally handicapped and an MS degree in learning disabilities with course work in Anthropology on the Doctorial Level. He attended UMKC, CMSU, and the University of Missouri at Columbia. He studied science at Northwest Missouri State University and the University of Kansas and studied psychology at the University of Northern Arkansas.

Illinois and Missouri MUFON have combined photo/video analysis efforts to create one team that can serve their respective states, as well as other nearby states. This new form of interaction will allow for additional peer review and sharing of individual expertise between the states. At present, the team is comprised of  Field Investigator photo/video analysts They are Mel Van Vickle, Greg Cisko, and Larry Tyree in Missouri and professional photographic consultant Donovan Wimer in Illinois. Contact Mel Van Vickle in Missouri and in Illinois, please contact Sam Maranto. 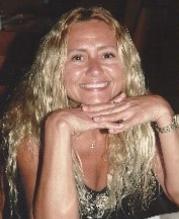 The Show-Me State is Busy with UFO Sightings 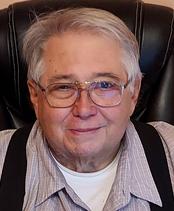 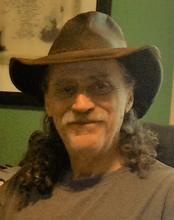