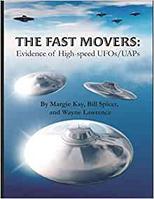 ​​The Alien Colonization of Earth's Waterways

As the Director of the Underwater Research and Recovery Team for the Mutual UFO Network, a PADI Scuba Instructor, and an experienced UAP/USO investigator, Debbie Ziegelmeyer has studied the USO (Unidentified Submerged Objects) phenomenon for decades. She now brings the culmination of this work to the public in this book.
The Alien Colonization of Earth’s Waterways presents evidence of USOs and underwater bases around the world from ancient times to today. The reader will find detailed evidence presented in this one-of-a kind book dating to the Bible, through medieval times and modern times, and modern U.S. Navy sightings which have been captured on film.

The Kansas City UFO Flaps
By Margie Kay, 2017, Un-X Media Publishing
Kansas City is a major UFO hot spot and has been since the early 20th century. In this book, veteran UFO and paranormal investigator Margie Kay presents many of the fantastic UFO sightings and close encounters which occurred during UFO flaps in the greater Kansas City area, focusing on the nationally covered 2011 - 2012 flap, the October 2011 mass sightings and close encounters, and possible abductions. Kay also covers the infamous and unexplained Kansas City Lights, which are still going on to this day. Margie also presents her theory as to why Kansas City has multiple unexplained paranormal events.

The Fast Movers: Evidence of High-Speed UFOs/UAPs
by MO MUFON Investigators Margie Kay and Wayne Lawrence, and Bill Spicer, 2020, Un-X Media.
New Evidence that UFOs are among us…Prepare to be amazed at stunning proof the UFOs not only exist, but they are among us on a constant basis. In this collaborative effort, three seasoned UFO investigators share their independent investigations, experiences, and opinions, along with photographs of multiple high-speed UFOs that Kay coined "The Fast Movers." These objects are normally invisible to the naked eye, but can be captured on film, and with practice, the viewer can learn how to see them.The reader will learn techniques for capturing these extremely fast-moving inter-dimensional craft using the Quantum UFO Observation Technique with a video or still camera, and find out how to see the craft using Quantum Telepathy or Remote Viewing with the naked eye. See photos taken by Bill Spicer and Wayne Lawrence along with other witnesses, including NASA and the U.S. Navy. The proof is undeniable, and the conclusion is clear - we are not alone, and THEY ARE HERE.

​Family Secrets
By Jean Walker is an intriguing and true account of the strange paranormal events that Jean Walker and her family have experienced throughout their lives in Missouri. Jean, a retired science teacher and UFO investigator, has now bravely come forward to share her strange, often frightening, sometimes delightful, yet unexplainable encounters - which include everything from aliens and UFOs to portals, fairies, bigfoot, and unexplained creatures. The strange phenomena followed Jean and her brother and husbands from house to house, and from her hometown of Independence, Missouri to vacation spots in other states. No matter where Jean is, the unexplained world seems to follow her. Jean Walker is a retired science teacher and holds two Master's degrees. She is the section director for Kansas City MUFON and a MUFON Star Team investigator. Jean became interested in doing UFO investigations after having her own experiences.

Paranormal investigator Margie Kay discusses historic and current winged creature sightings that remain unexplained by conventional science. Sightings of Pterodactyls, Thunderbirds, Mothman, giant birds, and even fairies that appear and disappear without a trace have perplexed man for centuries – yet no one has come up with a rational explanation as to why credible people have seen these creatures until now. Why is it that UFOs are sometimes seen in the vicinity of these creatures? In this book, Margie Kay discusses the probability that these winged beings could actually be aliens or inter-dimensional beings moving in and out of our three-dimensional world. Newly obtained photos and video from witnesses support this theory. See multiple witness accounts in this book which include historic sightings, Margie’s own cases, and cases submitted by other investigators and witnesses.

A Southern Baptist Minister is drawn into a bizarre, strange, and intriguing mystery when he agrees to lend a hand at an airplane crash outside the city of Cape Girardeau, Missouri during the Spring of 1941 just before the United States enters World War II. There is something strange about the whole incident and the reverend finds himself taking part in a possible military and government cover-up. The events that night will haunt him and his family for years to come.

MO41, The Bombshell Before Roswell” by Paul Blake Smith, might well be the most exciting, shocking, and impactful event – and now book subject - not just in American history, but all of human history.
Did three extraterrestrials really crash-land their circular spaceship on a farm just outside of Cape Girardeau, Missouri, in mid-April of 1941? Was this stunning recovery then taken to a secret hiding place beneath perhaps the most recognizable building in the world? Was an aspect of the scientifically examined alien craft’s propulsion system applied to the U.S. nuclear weapons program to help win World War II? The serious, amazing pre-Roswell claims and quotes, rumors and insights, opinions and documented facts are all examined here, in proper chronological, easy-to-read order, the only book to ever comprehensively explore perhaps the wildest nonfiction story of all time. The results make up a case that could win in a court of law, or at least in the court of public opinion.
You, the reader, decide!

UFO Cold Cases: Missouri: Secret USAF Files, 1952-1968, Declassified
By Dave Toplikar, 2018, davetoplicarbooks.com
Warning: These cases might upset your reality. Straight out of Project Blue Book, these are UFO cases the U.S. Air Force couldn’t explain — real-life X-files from Missouri.
They baffled the military and were labeled as "unknowns."
Using outside analysts and military personnel, the USAF treated these reports of strange lights, flying saucers and other UFOs seriously. From the late 1940s through the late 1960s, Project Blue Book received more than 12,000 reports. Most were explained away as common everyday objects: planets, tricks of light, balloons, birds, meteors, helicopters or planes. But not all could be identified — 701 reports are still listed as “unknown.”

My Trip to Mars, the Moon and Venus, Buck Nelson, 1956, self-published.  "We Met the Space People: The Story of the Mitchell Sisters," Helen and Betty Mitchell (Address delivered at the Buck Nelson Convention, June 28, 1959), Saucerian Publications. Out of print, however there is a good article about Buck Nelson here.

See the state of Missouri as you never have before — as a hotbed of UFO activity and paranormal phenomena. From time slips and vortices to extraterrestrials and inter-dimensional beings, the Show Me State appears to be a haven for all things supernatural. Hear about residents who have been "implanted" or experienced missing time. Learn what to say to an extraterrestrial and how to call down a UFO. Visit the many sites of UFO sightings, including Excelsior Springs, Harrisonville, Marshfield, and Northview. Travel to Missouri's own Bermuda Triangle — Joplin, Springfield, and Branson. New perspectives on UFOs, mysterious phenomena, intriguing tales, and scary UFO revelations are just waiting to be explored, as the extraterrestrials beckon. Will you answer their call? Lee Prosser died in 2011.

GET WEIRD!"Best Travel Series of The Year 2006"--"Booklist""" What's weird around here? Mark Moran and Mark Sceurman asked themselves this question for years. And it's precisely this offbeat sense of curiosity that led the duo to create Weird N.J. and the successful series that followed. The NOT shockingly result? Every "Weird" book has become a best seller in its region! ((Series Sales Points)) This best-selling series has sold more than one million copies...and counting Thirty volumes of the Weird series have been published to great success since Weird New Jersey's 2003 debut

The following is a list of books which cover UFOs in the State of Missouri and elsewhere. If you have a recommendation please submit it to momufonasd@gmail.com 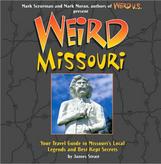 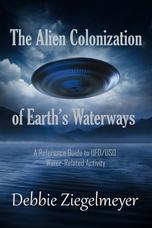 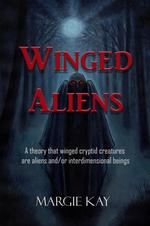 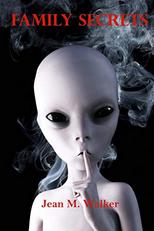 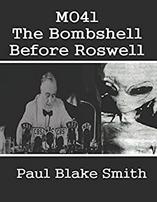 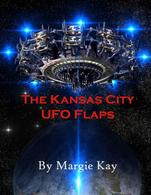