Topic: Secrets of the Crop Circles

Topic: Investigating UFOs for Decades - What has changed?

In my almost six decades of UFO study and investigations, profound changes have taken place, not only in how we investigate them, but more about the US Government's position on them. Add to this the technological advances we have made, now allows for technology to provide us evidence that we previously could only dream of. The costs of these technologies have dramatically decreased allowing the Field Investigator more tools that scientists can effectively use to get answers. Cameras today can capture different frequencies of the Electromagnetic spectrum (infrared, ultraviolet, and others as well as capture the light spectrum allowing us to understand chemical elements).  It is critically important to have other tools to do studies and tools like drones can give us a perspective we never had before. This presentation seeks to explore what scientists have needed along and how FIs and the public can assist us in getting better data.

Bio: Rich Hoffman is a 25+ year Army Information Technology (IT) defense contractor with Chugach Government Solutions.  He is a Senior Systems Engineer Analyst working in the US Army Materiel Command Headquarters at Redstone Arsenal, Huntsville, Alabama helping to shape the future directions of systems, networks and application hosting arrangements used within the Army.

For the past 57 years, since his eighth-grade science class and timed with the Patrolman Lonnie Zamora sighting in Socorro, New Mexico on 24 April 1964, Rich has been pursuing his primary interest in investigating, researching, and lecturing about UFOs.

Rich grew up in Dayton, Ohio and started his investigations into UFOs in 1964. In late 1969, he joined the Midwest UFO Network, later known as MUFON. He was also the Director of Investigations for the Ohio UFO Investigators League. Over his many decades with MUFON, he served as State Section Director, State Director, Star Team Manager, Deputy Director for Investigations and then Director, Strategic Projects. He remains a Benefactor and Lifetime Member in MUFON

In June 2017, Rich left his positions in MUFON to start a scientific organization known as the Scientific Coalition for UAP Studies (SCU). Currently, he is an Executive Board Officer with them. SCU is composed of 150+ scientists, engineers, former military, academia, and business professionals who work to solve the phenomena using scientific methodologies and leverage current technologies to investigate them. It is a Think Tank that focuses on cases that have strong supportive evidence and requires dedicated scientific study.

He is also a member of a team of scientists and engineers working in UFOData, a project within CUFOS and a consultant to the UAP Expeditions effort to do instrumented studies along the Pacific coastline. These efforts seek to utilize technologies such as radar, multi-spectral cameras, and electromagnetic detectors to study the UAP.

October 9, 2021: UFOs and Mothman and Other Strange Things 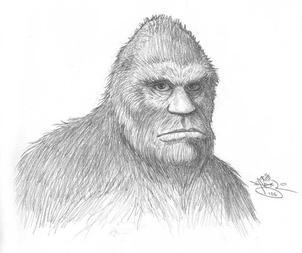 Nov 11, 2021 SASQUATCH IN MISSOURI!
Guest Speaker: James Bair, SSD for Missouri MUFON SE
James will presents Sasquatch sightings in the State of Missouri over the past 60 years. There have been a number of compelling reports around the State so you won't want to miss this! ​$2.99 pp

Attendees must register in advance on Zoom to attend the webinar.
Get a free ZOOM account at www.zoom.us first and download the program on your computer, tablet, or phone, then register for the meeting.
Please register in advance so you can be sure to get into the meeting on time.
If you have problems send a text to 816-365-9492 during the meeting.
A high-speed internet connection and ethernet  connection works best with ZOOM. 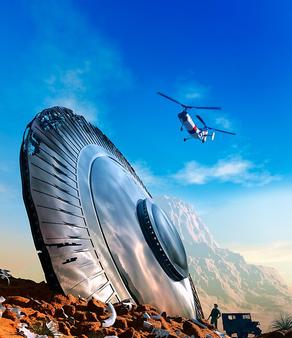 Past Presentations to Watch On Demand:
(coming soon)